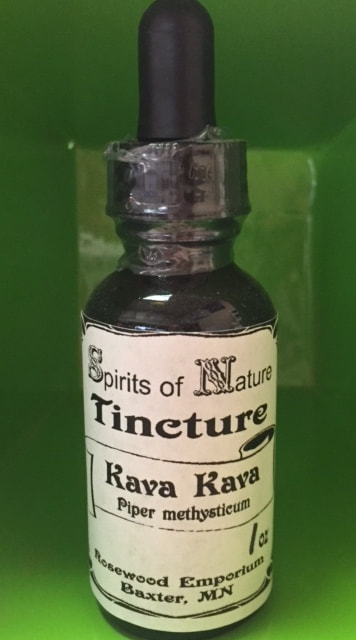 ﻿Guaranteed Mother Tincture
Instructions for use will be included with your purchase.

Try Kava Root extracts and soothe your mind and body naturally, reduce anxiety, relaxing effect, pain reliever, comparable to aspirin, acetaminophen, and ibuprofen. Non-addictive anti-anxiety remedy. Shown to improve concentration, memory and reaction time for people suffering from anxiety.Has a direct effect on the central nervous system and it also has an effect on muscle tension, similar to muscle relaxants and tranquilizers. It is mildly narcotic and can produce a euphoric effect characterized by elevated mood, fluent and lively speech and an increase in sense of sound. Also used in the treatment of genitourinary tract including vaginitis, gonorrhea and menstrual cramps. A diuretic and anti-inflammatory that has shown to be useful for gout, arthritis, rheumatism, bronchial congestion, cystitis, and prostatitis.
Used relieve back pain, neck pain, and any other sore, cramped or aching muscles. By acting as an anti-spasmodic, the herb relaxes muscle tension, reduces pain and cramping due to muscle spasms and may help alleviate restless leg syndrome, among other muscular complaints.
As an anti-inflammatory, it is believed to help relieve arthritis, gout, and rheumatism. Believed to be a remarkable painkiller. It is an effective analgesic that is said to ease headaches and even toothaches, and its analgesic properties are thought to have strength comparable to that of cocaine and procainamide, which helps to deaden the pain in the kidneys and urinary tract when excretion occurs. The potent painkilling qualities usually last for twenty-four hours.
A mild, but effective, sedative that induces physical and mental relaxation and helps to reduce anxiety without dulling the mind. As a matter of fact, although it is used mostly for its sedative properties, it does not seem to impair the user's mental clarity and has been known to improve memory and sensory perception. It is frequently used for depression and anxiety disorders, particularly agoraphobia and social phobias. Unlike addictive prescription drugs that frequently worsen depression, Kava Kava improves the mood, and is not considered to be addictive.
Calms the nerves, easing tense muscles and enhancing mental acuity, memory, and sensory perception. It is the most relaxing botanical, with exception of the opium poppy. Produces physical and mental relaxation and an overall feeling of well-being. It has been used primarily as a natural sedative and sleep-enhancer. Herbalists have traditionally used this as an herbal remedy for insomnia and nervousness.
Kava's reputation is growing for a number of reasons. It has been said that Kava produces a hallucinogenic effect, or that it is similar to other illegal drugs. This is not the case.
Problems in the urinary tract, including bladder infections, cystitis, gallbladder complaints, gonorrhea and prostate gland inflammation. Additionally, its diuretic properties help to reduce water retention. Many women use to treat menstrual cramps and menopausal symptoms. It should, however, be avoided if you are pregnant or nursing.
Contraindications: Those who suffer from Parkinson's disease should avoid Kava Kava, as it may worsen muscular weakness.
Pregnant or nursing women should not take this product.
Kava Kava should not be taken on a daily basis for longer than three months, as long-term use may cause severe liver damage. Excess use may disturb vision, dilate pupils, affect walking or driving and cause stupor, and it should be used only occasionally to relieve periods of stress or sleeplessness.
Taking Kava and medicines to treat mental illnesses may add to the side effects of those medicines such as involuntary movements of the arms, neck or face.
Taking Kava may interfere with the actions of some medicines used to treat nausea and vomiting resulting in the return of symptoms otherwise controlled by medicines.
Kava Kava should never be taken after consuming alcohol.
Those who are taking pharmaceutical antidepressants, benzodiazepine tranquilizers or sleeping pills should avoid Kava.
It may be best to avoid operating machinery when taking Kava, as it may cause drowsiness.
Consult a physician before taking Kava Kava if you use oral contraceptives, anti-seizure medications, HIV drug prescriptions, anticoagulants or any prescriptions.
Kava Kava should be avoided for two weeks prior to any elective surgery.
Kava Kava is not recommended for people with severe anxiety disorders and/or severe depression.
Chronic over-consumption may produce dry skin, labored breathing, alteration of red and white blood cell counts, and if any of these symptoms appear, its use should be discontinued immediately.
The herb is not recommended for persons under eighteen years of age.
Constant, long-term use has been associated with damage to the liver, skin, eyes and spinal cord.
Instructions for use will be included with your purchase.

Disclaimer: We are REQUIRED by the FDA to tell you: The information presented here is intended for educational purposes only. These statements have not been evaluated by the FDA and are not intended to diagnose, cure, treat or prevent disease. Individual results may vary, and before using any supplements, it is always advisable to consult with your own healthcare provider.
Add to Cart